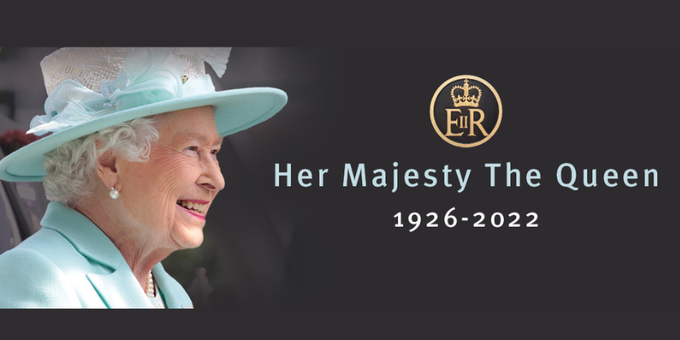 The royal household’s representative in Edinburgh, the Lord Lieutenant Robert Aldridge, has led Edinburgh’s tributes to the Queen following the news of her death from Buckingham Palace today.

"Throughout HM the Queen’s extraordinary reign, she showed great appreciation for her ancient and hereditary kingdom of Scotland. During her countless visits to Edinburgh, she reached out to our charities, veterans, serving personnel, hospitals and children and won a very special place in the hearts of Scottish people."

"Over her seven-decade reign, she has shown unwavering and inspirational dedication to the nation and I pay tribute to her years of service. I’m sure her legacy will be special and longstanding."

"I had the pleasure of meeting her in June at our historic Ceremony of the Keys and it has been my privilege and honour to be her personal representative in Edinburgh. To many she is the nation’s mother and grandmother and it is with great sadness that I convey, on behalf of the Scottish capital, our heartfelt sympathies and condolences to all the members of the royal family at this very sad time."

Queen Elizabeth II, born Elizabeth Alexandra Mary in London on April 21 1926, ascended to the throne in 1952. She became the longest-reigning British monarch in history when she opened the Borders Railway line 9 September 2015, where she was greeted and congratulated by (then) Lord Provost, Donald Wilson.

On that day in an address to the people of Scotland, the Queen said: “Inevitably, a long life can pass by many milestones; my own is no exception. But I thank you all and the many others at home and overseas, for your touching messages of great kindness.”